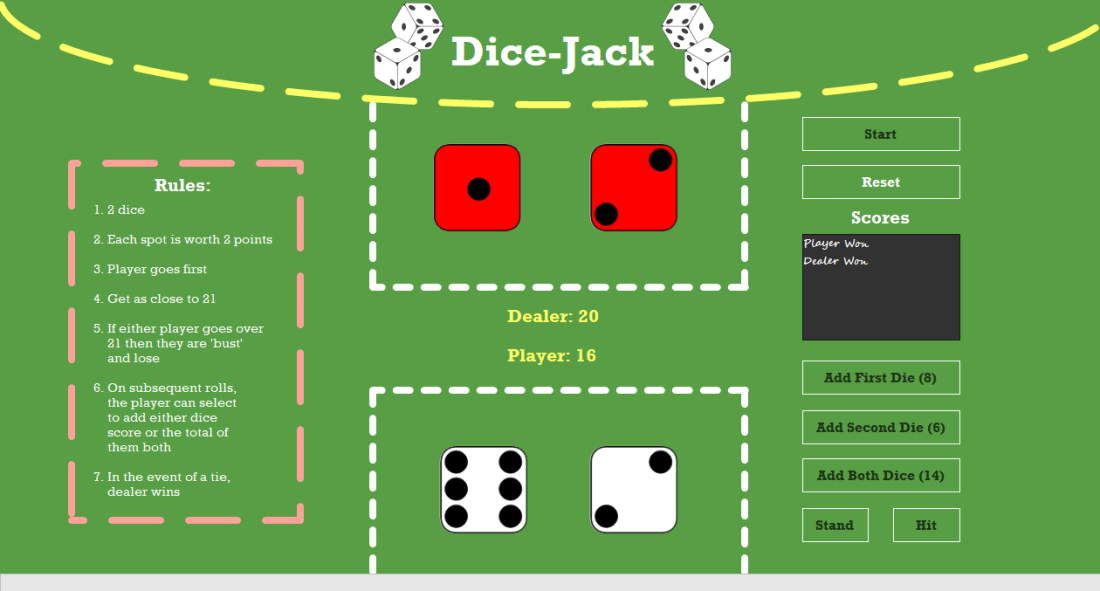 As part of a course we had to make a game in 2 days that involved random dice and be made as a Windows forms application with Visual Basic. So we had to make a game in something that was the furthest you could get from a game engine with a language I had never used before. But hey, Rogue was made in 1980 and the graphics had to be ASCII so it could be worse.

The rest of the class generally stuck to the brief with 3 dice that you rolled and you got points for each dot. 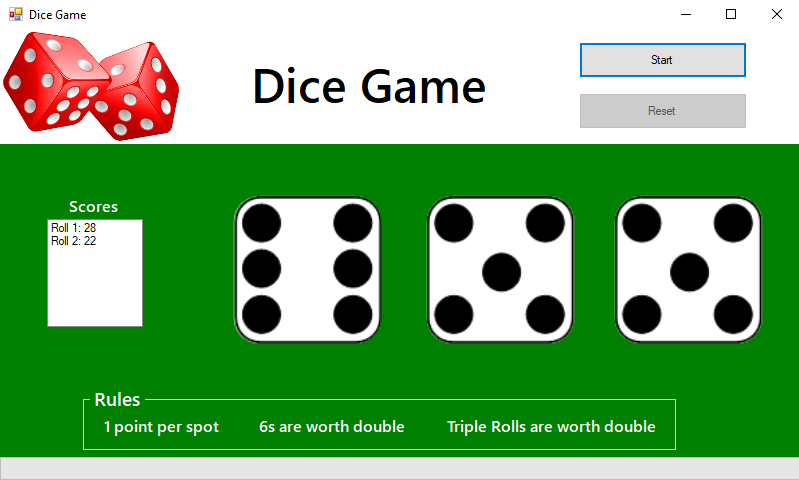 As you can see, its rather simple. Theres 4 picture boxes, 4 labels, 2 buttons and a listbox. Dice are rolled, the dots are added up and the score is added to the listbox. After 5 rolls the game ends and the player is given their total score. But to know how I added further features we need to look at how this prototype was made.

So we have our variables declared in the convoluted VB way. Die1, Die2, and Die3 and the scores for the corresponding dice. DicePoints is the total of those 3 scores and rollcount keeps track of how many times the dice were rolled. Random is just an object we use to generate random numbers

On the board is a timer (inventfully called tmrTimer), it tick every 0.1s. Each tick it adds a bit onto the load bar at the bottom and randomizes the images on the dice. MatchImage is my own subroutine but all it does is take an integer and applies the correct face for it to whichever picture box I pass it.

We stop the timer ticking, we empty the load bar and we increment our roll counter before adding up all the spots on the dice, pretty simple.

Almost done, we add our points to the listbox with some formatting. Add the points to the total score for the game and then set it back to 0.

Then we check whether they have reached the magic 5 rolls, if so we tell them their score and let them reset the game

There is also some initialisation code that assigns images and there are event handlers that make the buttons work but this is the main logic. If you would like to see how that stuff works, you can find it at the github repo

Lets break this down.

First we have a background that was shamelessly made in powerpoint. 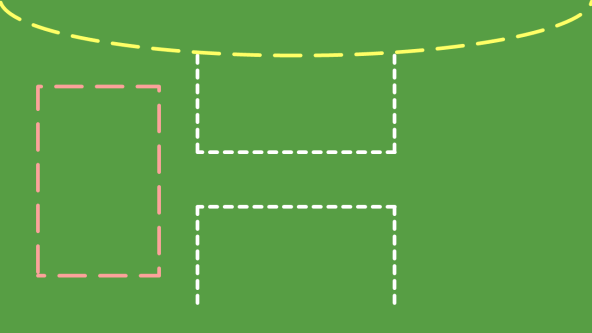 The rules, scores, and title are all labels. The bar on the right is made up of the same button and listbox items as before but with its properties edited to change colour, font and border style.

The Rules have been changed to the following:

The rules are based on those by James Yates

Instead of a big chunk of code I’m going to show you the process of a turn through our good old friend the flow chart. They can be intimidating but I’ve tried to make it in a way that is easy to follow and you should be ale to get a grasp of what the code is doing behind the scenes. 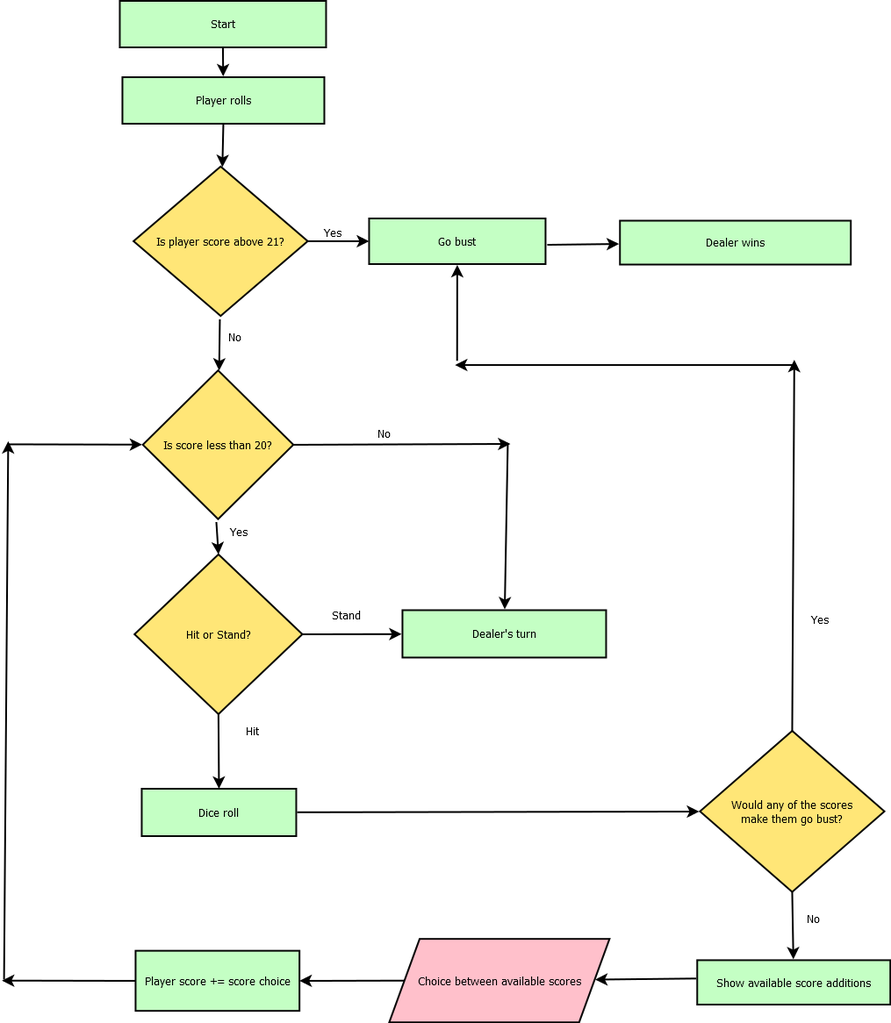 There you go, who needs a hundred lines of bolognese when you can have pastel shapes?

Those who played the game may also notice this is the first time I’ve included a computer-controlled opponent, ‘The Dealer’. The dealer is like the player but has the advantages of being able to go second and win in the result of a draw. The dealer’s choice code is as follows:

Before this code I run checks that see which options are available after a dealer rolls (these are the DealerCanChoose variables). Here there is a series of conditionals that look at the options and picks the best one for the dealer.

And thats the game! The quickest project I’ve ever done and although its rough around the edges the gameplay is solid and I got to grips with windows form’s implementation of an event-driven program. You can find the full source code here