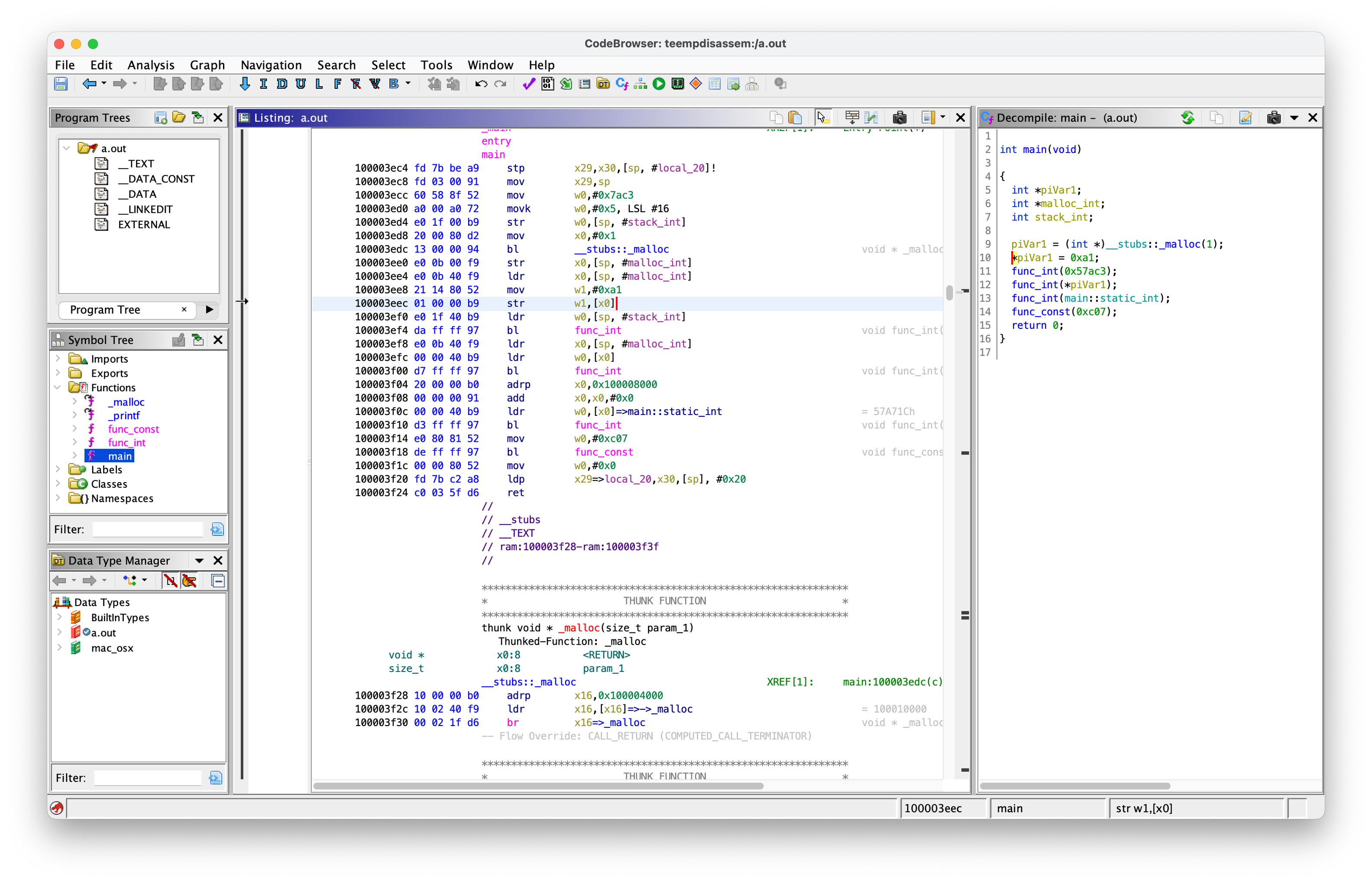 I thought it might make for an interesting learning exercise to see how memory in different areas is treated at the assembly level. The program itself is simple, but I hope it will provide some insight.

You may notice that our static (0x57a71c) variable is not declared in the assembly. This is because everything you see above is in the TEXT segment. The part of the assembly that is read only. Text segment is labelled as such with an assembly directive.

Static variables exist for the lifetime of the program but can change their value and so shouldn't be loaded into the text segment. Instead, values that can be edited but are static and initialised are loaded into the data segment.

With Ghidra we can see that our file contains a directive to load our static variable into the data segment at launch. We also have a label to this static variable that somewhat matches our C code.

This works by moving our value into a register, then storing the contents of that register into an area of memory offset from the stack pointer. The stack pointer is a special register that the CPU uses to tell us where our stack is. Because everything we store on the stack is a known size, the compiler works out the offsets and knows where things should be stored in relation to each other.

This works by asking for a given amount of memory to be allocated, the kernel allocates the new memory in our address space then hands us back a pointer to it. The address we get back is stored on the stack, and we can load values into this address to store on the heap.

Notice how the bottom two lines are effectively the same as what we did on the stack, everything else is all the extra overhead of using the heap, this is one of the reasons why it's easier to use the stack to store local variables (another obvious one is we don't have to free things on the stack whereas in a real program we would also have to remember to free this memory)

Calling a function with a stack variable

Calling a function with a heap variable

Calling a function with a static variable

Calling a function with a constant variable